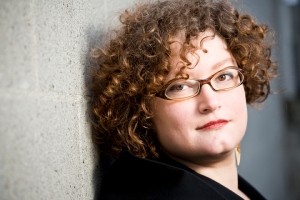 April has worked on over 100 productions during the last 26 years. She has designed sets, costumes, lighting, and projections for companies such as Citadel Theatre, Theatre Calgary, The Banff Centre for the Arts, The Only Animal, The Belfry Theatre, Persephone Theatre, Tarragon Theatre, Factory Theatre, Vertigo Theatre, Alberta Theatre Projects, and Kill Your Television.

April is an Associate Professor at the School of Creative and Performing Arts at the UCalgary. She is a full member and past president of the Associated Designers of Canada. April is the project lead for World Stage Design 2022, to be co-hosted with CITT/ICTS at the University of Calgary. Since moving to Calgary in 2010, April has been woven into the fabric of the arts community and city where she works to support many local endeavours through her design and teaching practices.

In 2006, she shared the Siminovitch Protégé Prize. In 2000, she received a Tyrone Guthrie Award at the Stratford Festival of Canada, where she spent four seasons as an assistant designer. At UCalgary, April has received multiple awards for her teaching and research.

April apprenticed in Rome, Italy with Scenotecnia Piu’, a company known for its fine craftsmanship and majestic scenography.